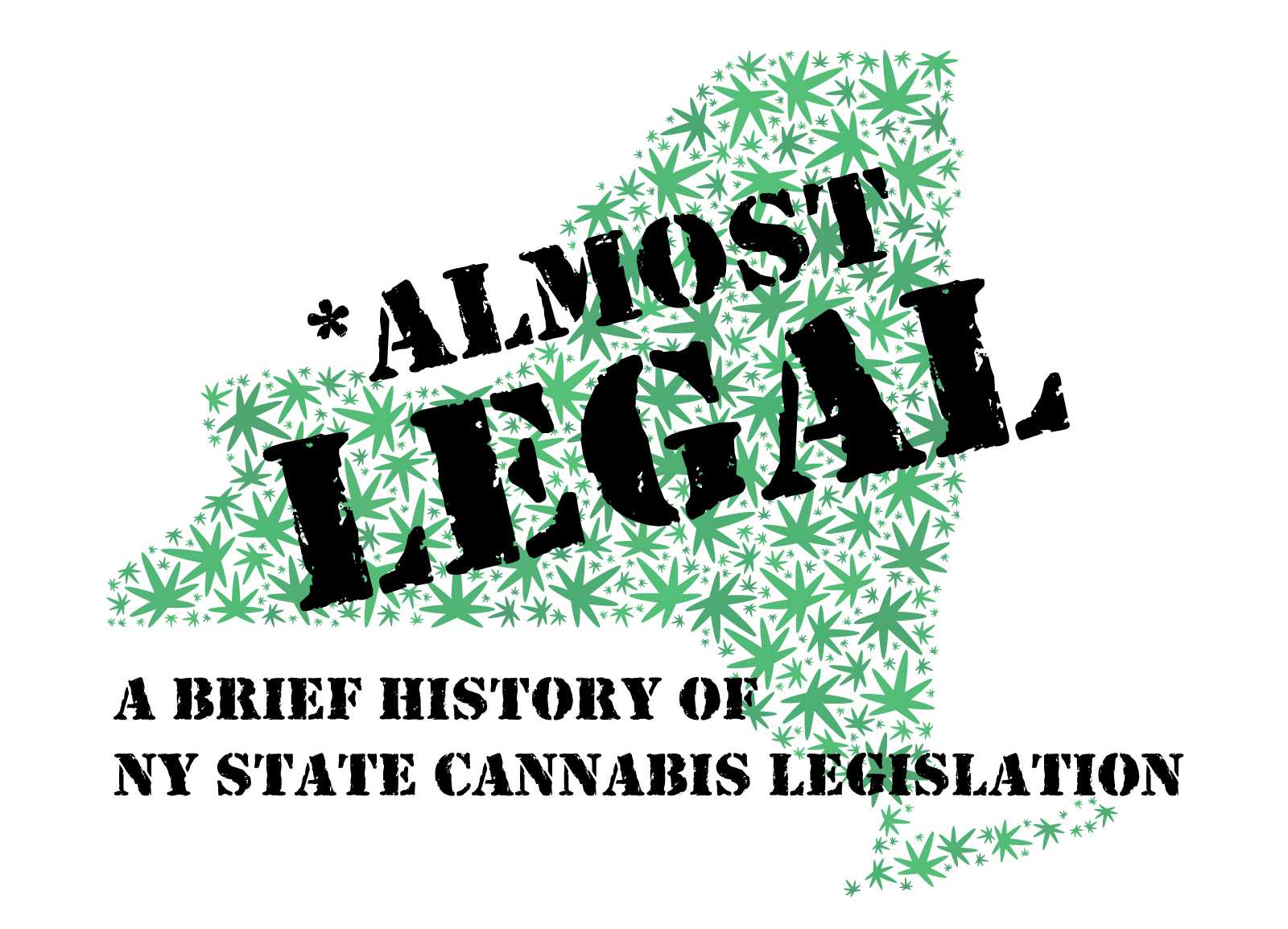 By Jim Striebich The issue of recreational cannabis legalization has seen a sea change in US public opinion over the past three decades. According to the PEW Research Center, as recently as 1989, over 80% of Americans opposed legalization of recreational cannabis. By 2010, opinions were evenly split. And in 2019, a full two thirds of Americans favored legalization. A Siena College poll this month found 59% of New York State adults were in favor of ending the prohibition, down slightly from 63% in February.

Cannabis was originally restricted to medical use only in New York in 1914, and outlawed altogether in the state from 1927 until 2014, when the Cuomo administration signed legislation allowing limited medical use. Contrast that with the federal prohibition of alcohol under the 18th Amendment, which lasted only 13 years, from 1920 to 1933.

Legal recreational cannabis in NY State has been on the agenda in Albany since 2013, when Assembly Majority Leader Crystal Peoples-Stokes and Senator Liz Krueger first introduced the Marijuana Regulation and Taxation Act (MRTA). They’ve reintroduced the bill every legislative session since (NY legislative sessions last two years), and every session it has failed to get enough support to pass in both chambers .

In 2014, the state legalized medical marijuana usage by registered patients under the Compassionate Care Act. Between 2016 and 2018, legal medicinal uses were expanded several times, to include chronic pain, as a treatment for PTSD, and as a therapy for treating opioid addiction.

Unlike most states, who have legalized via ballot referendum, New York doesn’t have much of a tradition nor infrastructure around statewide voter initiatives. That leaves the State Legislature to propose and vote on new legislation, to be signed (or vetoed) by the Governor. The debate generally gains steam every spring during budget negotiations, when the Governor introduces a budget proposal for the following fiscal year. Given that it’s a rather contentious issue, state lawmakers believe the leverage of including the new measure in yearly budget negotiations (which by law must be finalized by April 1st) is critical in reaching a consensus – with the Governor and within the Legislature itself.

In Governor Cuomo’s 2018 State of the State address, he encouraged the Legislature to fund a comprehensive study to gauge the likely impacts of legalizing recreational sales. In July of that year, the State Department of Health issued a report that concluded “The positive effects of a regulated marijuana market in NYS outweigh the potential negative impacts.”

In 2019 the MRTA bill became mired in debates over whether municipalities could prohibit sales in their communities (sometimes referred to as “opt-out”). The legislation also faced opposition from law enforcement, medical professionals and the state PTA among others. That July, Governor Cuomo – who had pushed hard for full legalization – signed a compromise bill that decriminalized possession of small amounts of cannabis, and introduced a process allowing state residents with prior possession convictions to wipe those details from their criminal records. Both elements of the law were seen as starting points for reversing a long-standing pattern of arrests and convictions targeting minority communities in the state.

Last spring, legalization was back on the Governor’s priority list, but the Legislature wanted to ensure a large portion of new tax revenues would be invested in communities of color which have been most affected by what most now see as historically racist and damaging enforcement of marijuana laws. Cuomo was expressing reluctance to commit to specific earmarks, when into the thick of discussions marched the COVID pandemic, shifting both economic and legislative priorities.

With the State Senate gaining a supermajority of Democrats in the November election, by January 2021, the prospects of legalization in New York seemed brighter than ever. But the Legislature’s MRTA bill had run up against Governor’s Cuomo’s own proposal, the Cannabis Regulation and Taxation Act (CRTA), first introduced in early 2019 as part of the 2020 Executive Budget. The two proposals both aimed to legalize recreational adult marijuana sales, but they differed in a number of significant ways. The MRTA focused on “social equity” issues including allocating nearly all new tax revenue to community reinvestment grants, funding drug treatment programs, and to the state education fund for public school aid.

The CRTA by contrast, began with a modest initial allocation of $10 million per year towards social equity grants, ramping up to $50 million per year after five years. In mid-February, the Governor amended the plan to include a $100 million Social Equity Fund, focused on job placement, community banking and other services to revitalize communities that have been harmed by the war on drugs. State officials estimate the annual tax revenue from regulated marijuana sales could be $350 million or more.

Other remaining differences included how the product would be taxed, and penalties for possession of unregulated cannabis. By February, the Governor’s political clout had been considerably weakened by his twin scandals around COVID nursing home deaths and sexual harassment, strengthening the leverage of Democratic legislators – some of whom had begun openly criticizing the executive.  By mid-March, Cuomo had allegedly already conceded ground on parts of his cannabis proposal such as allowing home delivery, penalties for possession of unregulated weed, and limited home cultivation of plants.

Are We There Yet?

On Wednesday, a number of news outlets reported that unnamed sources with direct knowledge of discussions in the Legislature had told them that the deal was essentially done, and that lawmakers were reviewing final language to be brought to a vote as soon as next week.

Details of the agreement are still hazy, but sources have said that parties have agreed on a 13% excise tax, in addition to state and local sales taxes. According to a Thursday NY Times article, lawmakers had settled on a new ratio for distribution of new tax revenues, with 40% reinvested in communities most disproportionately affected by the war on drugs; 40% to support public schools; and 20% to drug treatment, prevention & education.

It also appears Senate Democrats may have conceded to law enforcement the right to use the odor of cannabis to justify suspicion of intoxication during traffic stops – while still prohibiting using the scent as legal rationale to search a private vehicle for contraband.

Journalists, canna-business investors, and weed users will be watching the NY Legislature closely, as a rumored vote could come as soon as this week. Reports say that the legislation is now a stand-alone bill, no longer tied to the state budget which is due on April 1st; so it’s possible we’re in for a longer wait. But with neighboring New Jersey already hustling to set up their retail framework, and Governor Cuomo desperate for some positive press, the pressure will be on to sign the MRTA into law.