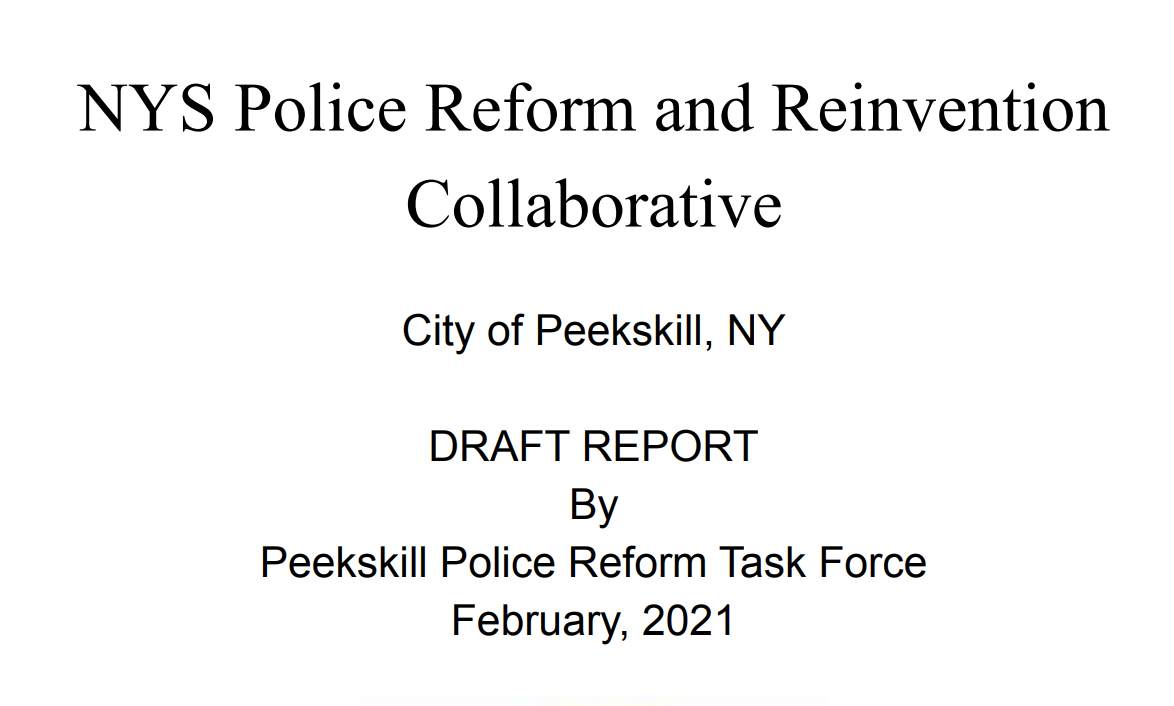 The 35-page draft is the culmination of several months of both public and internal meetings by the six Task Force subcommittees. Besides Thursday’s public meeting, the Task Force will accept written comments until Thursday, February 18th. The Task Force anticipates presenting a revised plan to the Peekskill Common Council on March 1st, with the Council voting on whether to adopt the plan on March 22nd.

Significantly, the draft recommends formation of a Community Complaint Review Board, describing it as a high priority but acknowledging its feasibility is “complex/difficult”, and notes that the CCRB could be a function of a county-wide shared board proposed Westchester County, or a local Peekskill board.

The draft contains dozens of other recommendations, along with an assessment of priority, feasibility, and for some, a rough initial cost estimate. The draft also states that “all of these recommendations have the support, in principle, of the police chief and city manager.”

New York Governor Cuomo set an April 1st, 2021 deadline to receive a Police Reform plan from every state municipality that has a law enforcement body, or risk losing state aid to those police departments.