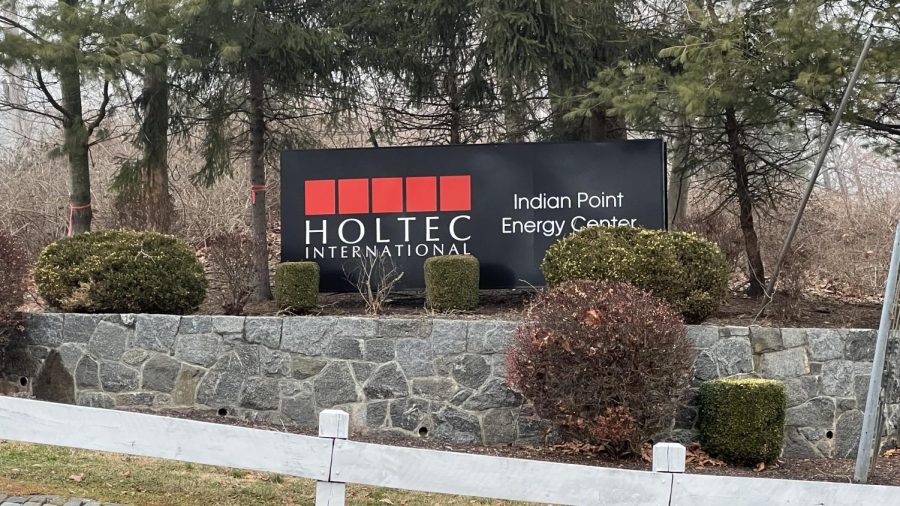 Where and when will the nuclear waste go? 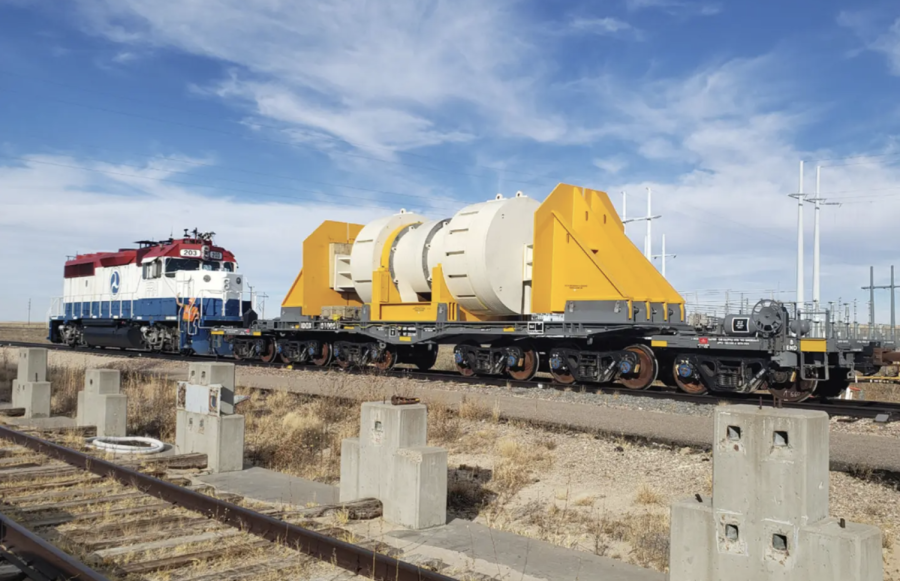 Removal of six decades’ worth of spent fuel rods and other radioactive material from the shuttered Indian Point Energy Center in Buchanan likely won’t begin for another decade or more. But when it does happen, there’s a very strong likelihood the radioactive material will travel via Peekskill’s roadways and perhaps rails as it begins its long journey toward an interim storage facility – whose location is still to be determined.

At a December 7th meeting of the Indian Point Decommissioning Oversight Board in Cortlandt, representatives from the US Department of Energy (DOE) presented nine potential transport scenarios for Indian Point’s nuclear waste. Five of the proposed “transload locations” which were evaluated during a July 2022 tour of the area involve trucking the waste northeast of Peekskill to one of four Connecticut sites – or Hopewell Junction – for loading onto rail cars, using “heavy haul” trailers over Route 9 in Peekskill and Putnam County, en route to the Interstate 84 interchange in Fishkill. A sixth option would see the material trucked over the Newburgh-Beacon Bridge and loaded onto trains at a CSX rail yard in Newburgh.

Another scenario has the material loading onto rail cars near the former Croton North Railroad Station (on Senasqua Road in Croton on Hudson) – but doesn’t allude to a specific truck route. The DOE presentation alludes to an eighth option, identifying potential barge mooring locations at the power plant – which would allow waste casks to be shipped via the Hudson River to a transload site on the west bank of the Hudson in Newburgh.

The shortest truck trip being considered, however, involves hauling Indian Point waste to an industrial lot off Lower South Street in Peekskill, to be cross-loaded onto rail cars. The location shown in the document appears to be at or near 1060 Lower South Street – the current home of Manzer’s Landscaping, and directly across the Metro North tracks from the Downstate Athletic Center.

The DOE presentation includes a reference map that calls out the potential truck-to-train transload locations, and appears to show a potential roadway route to the Connecticut sites running north on Broadway from Indian Point, continuing on John Walsh Boulevard, turning east on Louisa Street, and getting on Route 9 north at the Louisa interchange. The potential route would see the enormous truck and trailer combinations following Route 9 north through Peekskill, leaving the city via the Jan Peek Bridge over Annsville Creek.

However, while making the presentation at the December meeting, nuclear engineer Steve Maheras made it clear that this is all just very preliminary scoping. “At this stage of the game, we’re all about options. We don’t pick modes or routes,” he explained to attendees at the Cortlandt Town Hall gathering. Indeed, the 300,000 pound oversized loads described at the meeting are nearly triple the rated weight capacity of the Jan Peek Bridge, according to City-Data.com, and loaded heights may be too tall to clear the Route 9 overpass at Louisa Street.

DOE presenter Erica Bickford estimated that removal of spent nuclear fuel from the Buchanan plant is likely at least a decade away, and when asked how long it would take to fully remove once the process has begun, she responded “as short as within a year, or it could take several years.”

Under current federal law, both the DOE and private companies can only conduct research and planning for an interim storage facility; neither entity can begin to construct one until the federal government has an approved facility for permanent waste disposal. The last such plan – the Yucca Mountain Repository, a network of tunnels bored 1,000 feet beneath a mountain in Nevada – has been mired in legal challenges for two decades and effectively scuttled. In the last few years, two private companies – including Holtec International (the current owner and contracted decommissioner of Indian Point) – have applied for interim storage facility licenses in Texas and New Mexico.

Meanwhile at the deactivated Indian Point plant in Buchanan, Holtec has been moving remaining spent fuel rods from a water-filled cooling pool, into the site’s “dry cask” storage tanks. They expect the final fuel rods to be in casks by 2024. Today, the five dozen or so existing casks sit on a concrete pad at the north end of the former plant’s campus, like rows of giant gray soup cans, awaiting a day in the distant future when they’ll begin being hauled to some distant desert or man made cavern. Considering the spent fuel inside them will remain dangerously radioactive for some ten thousand years, a decade or two more in Buchanan doesn’t seem all that long – but for area residents who worry about leaks, accidents or terrorist attacks – every day those casks remain at Indian Point is one day too many. 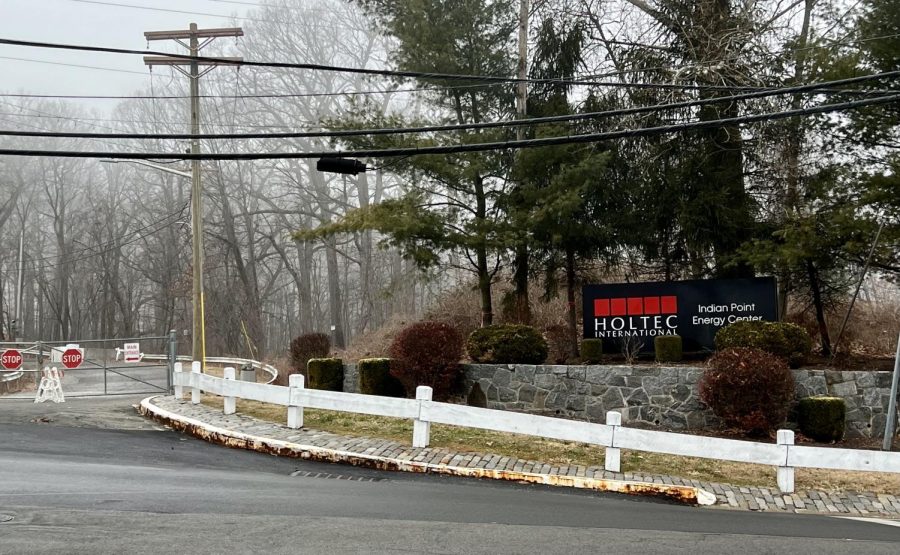 Bringing facts to area residents about the health and safety implications of decommissioning the Indian Point nuclear power plant is the goal of several local environmental organizations who have scheduled  a speaker series that begins on January 26th on a 4 p.m. Zoom webinar. 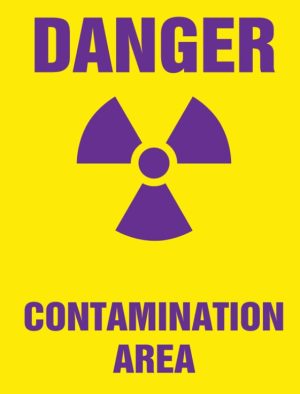 The sessions are set for Thursday, January 26, and Thursday, February 16, 2023 on Zoom. This series presents experts in their respective fields addressing important aspects of public health and safety that should be considered in decommissioning a nuclear power plant, and the handling of nuclear waste.

Speakers for the first session at 4 p.m. on January 26 include an introduction by New York State Senator Peter Harckham, chair of the Senate Environmental Conservation Committee. The panel will be moderated by Alfred Meyer, of Physicians for Social Responsibility – NY, Dr.Helen Caldicott, an acclaimed author, Nobel laureate and co-founder of Physicians for Social Responsibility will discuss nuclear facilities’ impacts on human health. Other panelists include Eric Epstein of Three Mile Island Alert, Inc. who will discuss independent, state-of-the art, radiation air monitoring around nuclear facilities and Diane Turco, Director of Cape Downwinders, Cape Cod, MA, discussing the release of radioactive wastewater and impacts on her community.

To register for the free sessions, go here.

Holtec International – the Florida-based company charged with decommissioning the former Indian Point Energy Center – is proposing to release one million gallons of wastewater into the Hudson River, where seven Hudson Valley municipalities source their drinking water and others rely on as a backup source.