When Fred Dennstedt moved to Peekskill two years ago he was surprised to learn there wasn’t a central place where he could find out about events happening in his new hometown. As he became more aware of all that Peekskill had to offer, he decided to experiment with social media.
What he created was Peekskill _Exurbanist,  a Facebook page and an Instagram account. An exurbanist is someone who left NYC for the exurbs. His motto is: Peekskill (#1HourFromNYC) is our new hometown. We did it, you can too! “No one gets the name” said Dennstedt,” but I can’t let it go. I think it’s clever.” The name is easily confused with exuberant; someone who is joyfully unrestrained and enthusiastic. It’s apparent that exuberant describes Dennstedt and his enthusiasm for Peekskill. “We see the potential of the town as a great place to live.”
Dennstedt, 38, is no stranger to experimenting with the creative process on social media.


A computer animator who studied media production at Florida State University, he was living in Los Angeles in 2007 with no car. That was in the heyday of blogs, so he decided to write about navigating in the land of freeways without an automobile. He learned the mechanics of creating a blog and chronicled his experiences and pretty soon people were reading it. He suddenly had enough of an audience that the MTA in LA hired him with a LA Times reporter to write their official blog for three years. There are still advertisements in LA mass transit about his experiences, his friends who live there tell him.
The idea for the Instagram account came about because he was taking pictures of food he was eating in Peekskill restaurants and places he was going in town. He didn’t want to link his personal preferences to his name so he came up with the Exurbanist moniker. And now he has a whole section of Peekskill _Exurbanist devoted to Eats. He posts mouth watering images of the delicious dishes served at restaurants, delis and bakeries. He’s also got a section on sunsets which he captures regularly along with a section called Getaways and Peekskill vibes.  Since Instagram is a visual site, Dennstedt’s skill of weaving images and minimal words is striking.
On any given weekend one can go to Instagram and type in Peekskill_Exurbanist to find out what bands are playing at area venues, 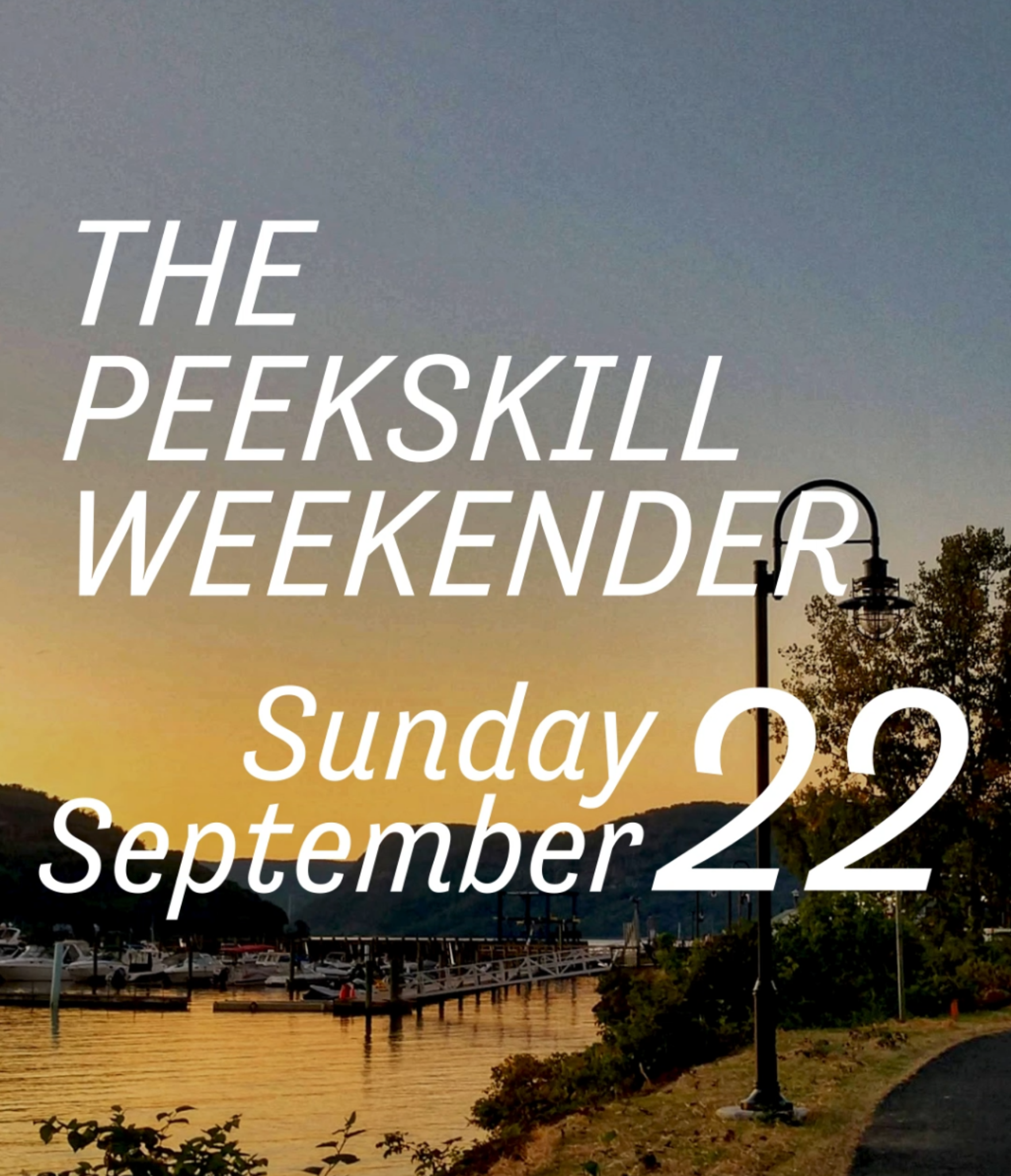 what community events are happening or see images of delectable food served in restaurants. 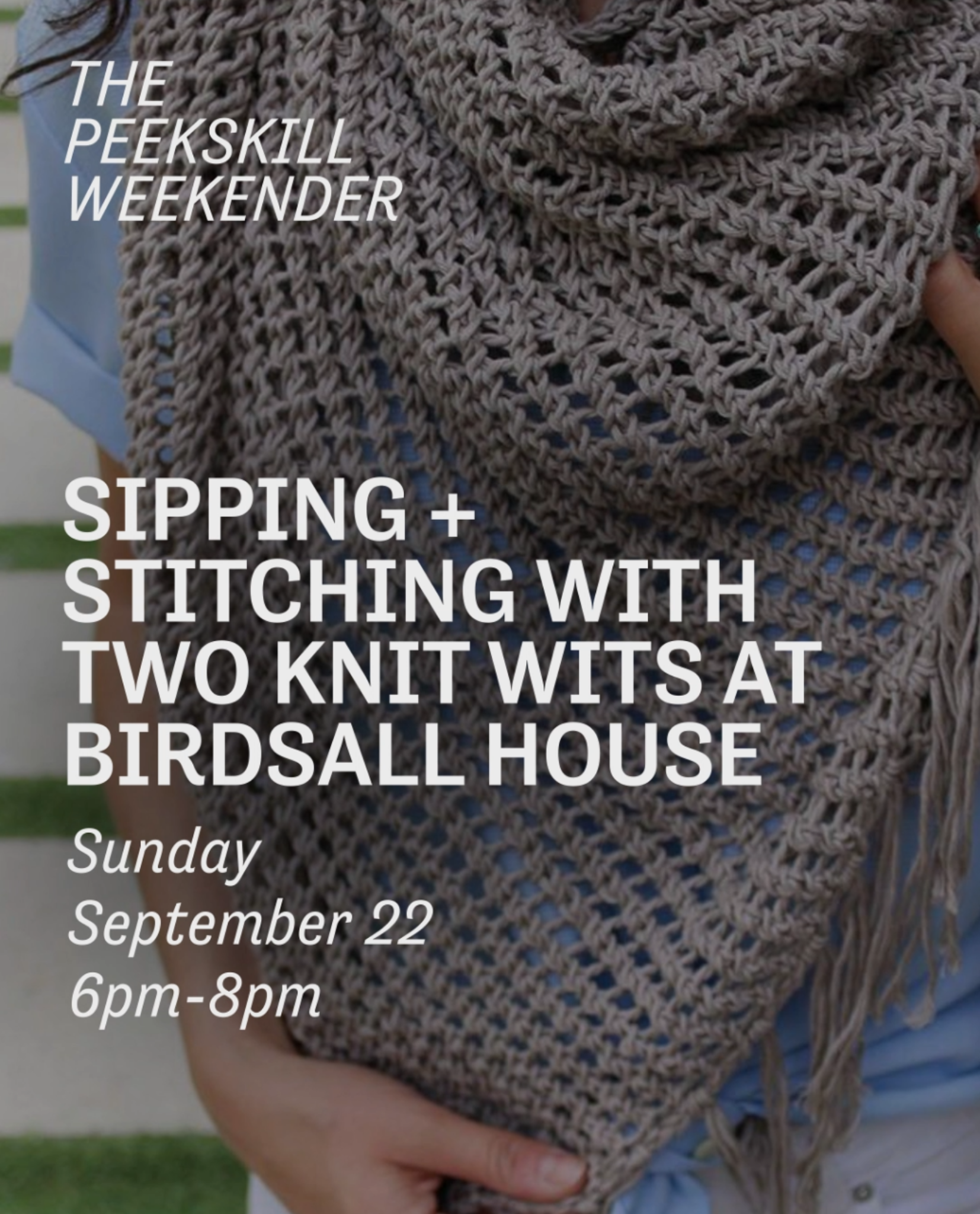 In May, when the site  reached 1,000 people who are following Peekskill_ Exurbanist he designed a new logo incorporating the sculpture “Beyond” by Basha Ruth Nelson at the riverfront. “The logo is inspired by our epic riverfront, our proximity (both geographically and emotionally) to NYC. The sculpture frames everything we love about Peekskill so perfectly” he wrote when he introduced the logo. He noticed a huge spike in followers when a picture he took and posted on April 11 of a magnolia tree on Requa Street was picked up and posted by a website called Escape Brooklyn.

Just this week he reached 1,500 followers and he celebrated by tweaking the logo and is going to run a contest and offer a few hoodies with the new logo.

He and his wife Amanda discovered Peekskill when they came from Brooklyn to hike at Anthony’s Nose one day. After the hike they were hoping to get a bite to eat and a drink.  The  Peekskill Brewery showed up on their map.  “Lunch and drinks at the brewery, followed by ice cream at the Hudson Creamery and a walk along the riverfront sold us on Peekskill” he said. “The rest is history.”