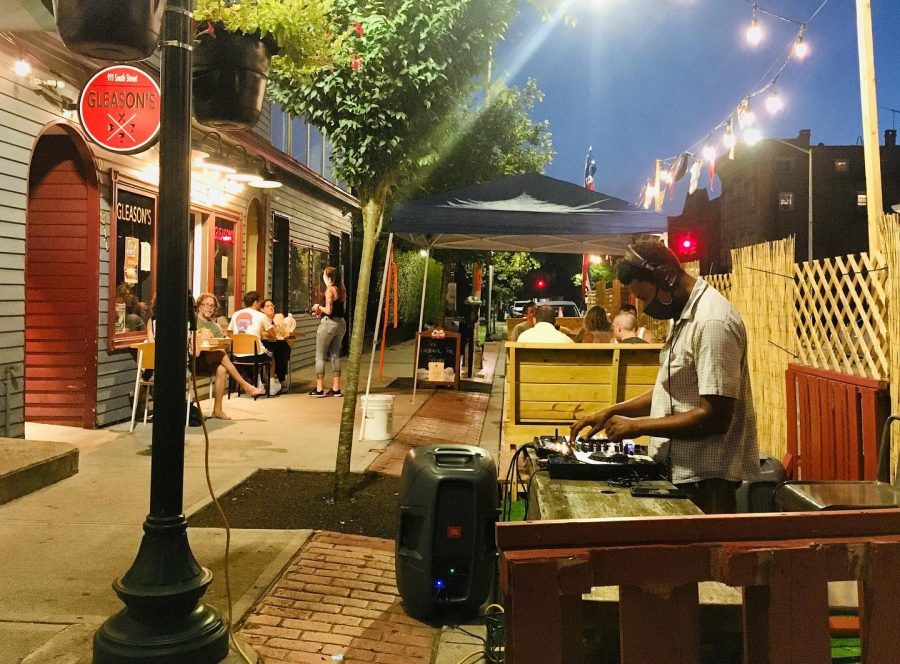 A grassroots campaign saw more than 600 signatures gathered in 48 hours to persuade the Common Council to keep two curbside dining areas known as “parklets” open on city streets for another season.  At its March 7th work session, the Council discussed the parklets in front of Gleason’s on South Street, and a second in front of Taormina on Hudson Avenue. The conversation centered around aesthetics and safety, and the consensus was to tell the business owners the parklets would not be allowed after April 1. A resolution to remove them was going to be prepared for the March 14 Council meeting.

When members of the public learned of the decision they took to social media and asked the council to reconsider. After the Peekskill Herald published a guest editorial by Frederick Dennstedt spelling out why the parklets should continue, a petition was created by resident Adam Love, Dennstedt, and the pedestrian advocacy group Peekskill Walks. That petition has been signed by 609 people as of Tuesday. Comments on social media last week also questioned why the parklet on Railroad Avenue in front of Taco Dive Bar was not among those proposed to be removed.

Shortly before Monday’s Common Council meeting, Acting City Manager Matt Alexander posted a notice on the city’s Facebook page saying he was withdrawing the resolution closing the parklets from the Council’s agenda of March 14th because he could not answer several questions.

He explained that he visited with one of the business owners on South Street and communicated that the “number one concern surrounding this issue was the potential for automobile/parklet crashes on streets with significant volume.”  Alexander said he learned the most important issue from the business owner was to enjoy one more season with the parklet as the restaurant struggles to overcome the still lingering economic impacts of the pandemic.

Alexander’s notice said the “city staff will meet to discuss the issue further, how danger may or may not be mitigated, and whether parklets might be able to continue.” At Monday’s Common Council meeting City Clerk Debra Petrosky said she received 15 emails in favor of the parklets remaining along with the petition. In addition, during the hearing of citizens, eight members of the public spoke in favor of the parklets remaining open, citing the income realized and the community that is formed from them.

Gleason’s owner John Sharpe thanked Matt Alexander for coming to see him at his restaurant on South Street. Two Gleason’s employees also spoke about how the parklet generates extra business and how it’s a safe, comfortable place for families to congregate. Fred Dennstedt spoke of how foot traffic for downtown retail is generated by spaces where people can congregate. Dennstedt also mentioned in his remarks the number of people who signed the petition, and included comments about why they value the parklets. “We need them to build community; it dovetails with our restaurant and culture scene. Outdoor spaces add to the space and charm of Peekskill. The spaces build community and are places for people with children to dine outside” were some of the comments Dennstedt read from the petition.

Regarding the issue of safety, Dennstedt spoke to research he did about traffic incidents and found that there were 14 recent incidents involving cars crashing into homes, at the Hudson Avenue railroad crossing, and on Division Street, but none involving the city’s parklets.

Another downtown business owner said the parklet on South Street obstructs traffic and takes away three very valuable parking spaces on a street and in a city that has dealt with parking shortages for years. Julie Overski of JO’s Body Shop at 810 South Street said “my clients/patrons mention the difficulty in parking quite often. The parklets should be safe, sturdy and within the historic city district architectural standards. We need to take care of our city and its people. It’s beautiful – let’s continue making it that,” said Overski.