The Trim Queen Dishes on Making the Ordinary Extraordinary 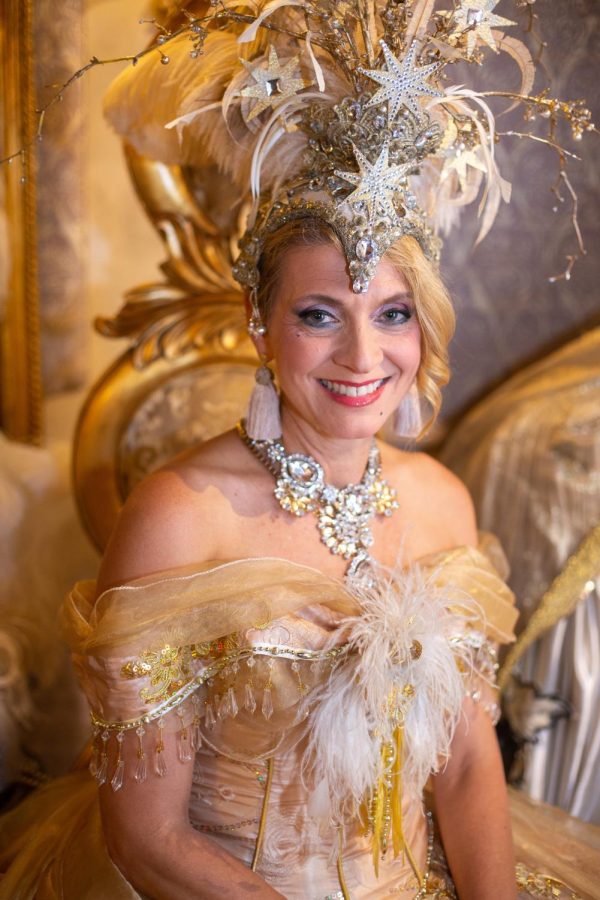 Peekskill-based artist and businesswoman Jana Platina Phipps describes herself as “a trimmings expert and visionary.” Her expertise and artistry in the use of embellishments in home décor, fashion, and DIY has garnered her thousands of social media followers and the moniker Trim Queen. Phipps is much more than the Trim Queen, however. She is also an influencer, a mentor, and an educator.

Phipps grew up in Sacramento, California, and attended UC Berkeley. “I spent my junior year of college in Venice,” Phipps told the Peekskill Herald, and it “changed the trajectory of my life.” Phipps knew she had to live in a place filled with fashion and history, so she decided to move to New York City.

Once in New York, Phipps took classes at FIT, Parsons, and NYU. Her first job in fashion was at the Italian luxury lingerie, nightwear, and swimwear company La Perla. Phipps says it was a totally different lifestyle than what she was used to in California. “It was New York on steroids,” she says, “and it was boot camp for New York culture.”

Phipps’s next job in fashion was for a designer who made hair accessories, a move that determined the course of her professional life. As part of her job, Phipps had to visit Gelberg Braid, a factory in the garment district that made trimmings.

“It was like Willy Wonka’s factory to me,” she says. “First, half the people were speaking Italian.” Phipps had learned to speak Italian in high school and hearing the language brought her back to her year in Venice. Then there was the factory itself, with machinery from when it was built in the 1920s. Phipps was smitten, and the feeling was mutual. Gelberg hired Phipps. When she started as an assistant, the factory was mostly involved in fashion. Phipps pitched working with home goods. Over the next decade, she helped grow home furnishing trimmings into a multimillion-dollar business for Gelberg.

Phipps’s life was growing personally as well as professionally during her years at Gelberg. She married and gave birth to her first child. After her child was born, Phipps transitioned to being a consultant for them and then left to start her own consulting business, Home Couture Collective. This venture gave her more time with her family, but it didn’t offer her the creative outlet she wanted. She started her own trimmings business in 2013 and called it what her customers called her: Trim Queen.

Phipps’s trimmings are embellishments which she describes as “narrow textiles that are accents that could be trimmings like fringe, cording, and embroidered tapes on upholstery, window treatments, and pillows. They could also be beading, sequins, or tassels” that are used in home décor as well as fashion.

While Phipps loves her trim work, she takes special pride is her work as a mentor. “I’ve had a lot of mentors, and I’m happy to turn it around,” she says. Phipps was the 2021 WOW Award recipient for mentor for WithIt, a group that supports women in the home and furnishing industries. Phipps says that one thing she tells younger women—and something she has learned herself—is that “You can have it all, but you can’t have it all at the same time.”

In addition to being a trimmings expert, an influencer, and a mentor, Phipps is also an educator. And she teaches about a lot more than trimmings.

Phipps, a competitive tennis player, teaches others the game. She is a tennis instructor at Premier Athletic Club in Montrose and this past year was an assistant tennis coach at the Masters School in Dobbs Ferry. She also taught tennis at New Era Creative Space in Peekskill.

Phipps, a true renaissance woman, also started teaching social media agility during COVID. “As a tennis player, agility is the ability to move quickly and keep balanced,” she said. Phipps noticed that people showed a need and expressed a desire for help with social media agility, and she stepped in to meet that need. She teaches classes and has private clients around the world; they include brands, entrepreneurs, artists, and small businesses. In her classes, Phipps works to teach people how to tell their stories and engage with clients.

Phipps’s own ability to engage with clients has helped her business grow. In addition to creating and selling home furnishings, blogging, consulting, and teaching, Phipps leads “artisan-oriented tours in New York, North Carolina, and Venice.”

Phipps took eight women on a tour to Venice in November of 2019. The tour, which sold out in 24 hours, took the women behind the scenes in the world of Venetian artisans. The women’s experiences included blowing glass beads, printmaking, and visiting a carnival atelier where they were dressed in exquisite costumes and had their hair and makeup done for a photo shoot. The tour was such a success that Phipps hopes to do it again in November of 2022.

Venice is one city Phipps loves; Peekskill is another. Phipps says that when she moved from Brooklyn to Cortlandt Manor in 2007, “Peekskill became my Main Street. I loved the vibe; I loved the community.” In addition to having her business here, Phipps is considering moving her family here. “I feel at home in Peekskill,” she says. “The diversity of neighbors and business owners opens my mind and heart.” Phipps’s family is made up of her 18-year-old daughter, a vocalist who attends SUNY New Paltz; her 12-year-old son (“who loves the Peekskill food scene”); her husband, a writer, and a drummer; and their rescue dog, Jindgy.

The Trim Queen offered a couple of pieces of advice for our readers. The first is about how to be a successful businessperson. “Whatever it is—social media or business—you just have to start,” Phipps says.” You develop your voice as you practice, and you have to practice.”

The second piece of advice is about practicing our own “trim alchemy,” a phrase Phipps coined that means “taking something ordinary and making it extraordinary.” In her business, this often means trimmings, but Phipps doesn’t like to limit it to that. “This can apply to anything in your life,” she says, “it’s just details.”

Jeannette Sanderson has been telling and writing stories since she was a child. Author of a number of children’s books, including the “Dog to the Rescue” series, she and her husband have been residents of Peekskill for nearly 30 years.