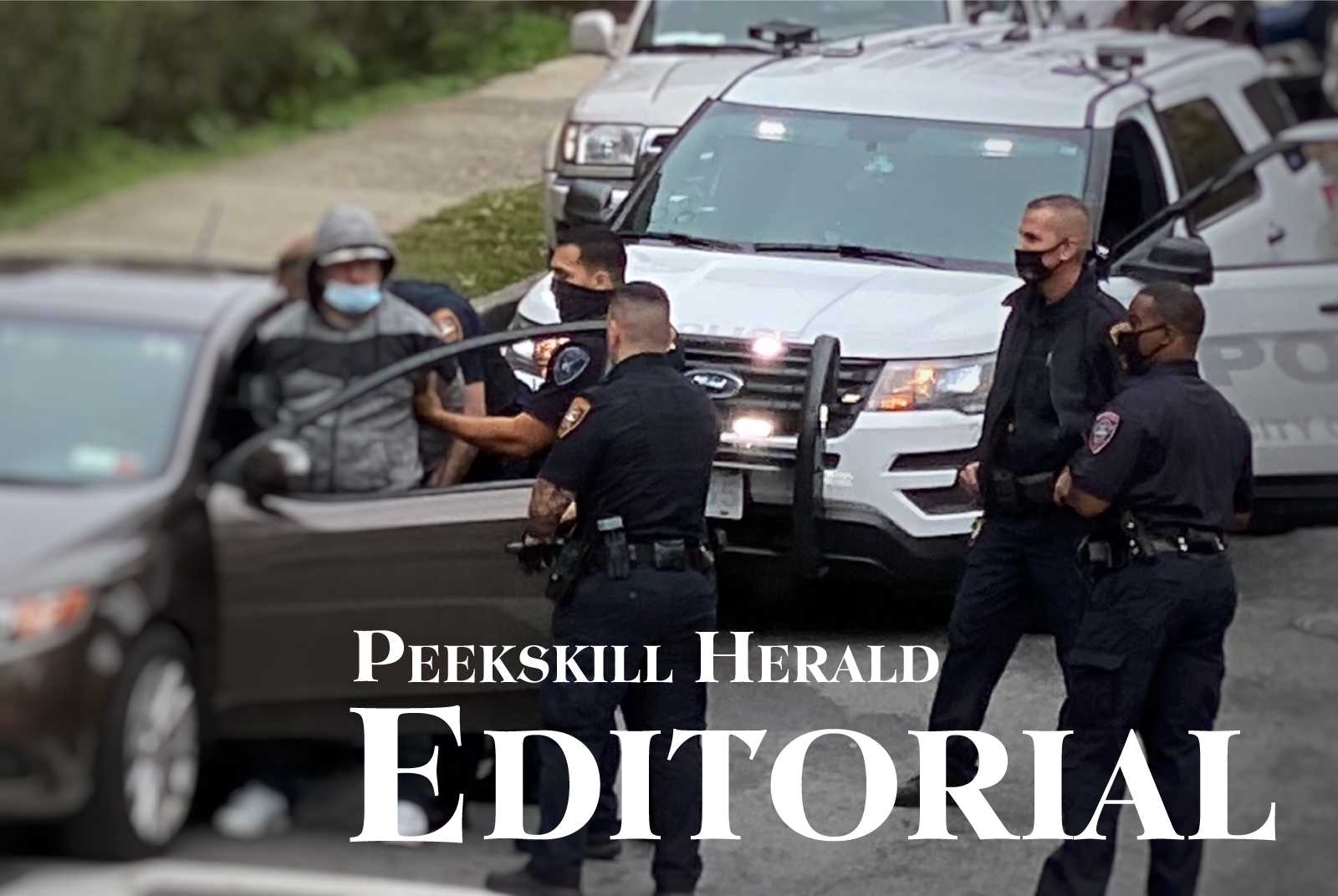 The timing couldn’t be more striking.

As the trial of the police officer in the death of George Floyd opens in Minnesota, municipalities in New York state must file recommendations by today (April 1) for police reform or risk losing state funding for their departments.

The image of a white police officer’s knee pressed against a black man’s throat is seared into the nation’s psyche.  And as horrifying as it is to see that footage, what is equally troubling is the expectation that the trial will bring ‘justice’ to the issue of police brutality.

While not diminishing the criminal justice system and the call for accountability in the attack on someone’s humanity, the real work in Peekskill begins now that the Police Reform Task Force has submitted recommendations to the state. If the report, which was accepted by the Common Council on March 22, sits on a shelf collecting dust because of lack of implementation it was nothing more than a homework assignment that isn’t going to ‘count’ for anything. There will be no penalty from New York State for failure to implement. The only losers will be Peekskill residents and those task force members who gave months of time and energy to produce recommendations.

Social activist Dr. Cornel West says justice is what love looks like in public. How does that get translated into the everyday life of Peekskill residents? What is love-infused justice? The idea of a social service agency assigning a mental health professional to the police department was discussed at task force meetings. That creative collaboration is already happening in Poughkeepsie, and shows how responding with compassion, a form of love,  de-escalates situations where force may once have been used.

The idea of an independent and impartial Civilian Complaint Review Board (CCRB) in Peekskill has been talked about for years. Members of the NAACP criminal justice committee met with the Peekskill police chief and city manager some five years ago around the issue and nothing was put in place. The empowerment of a CCRB was one of the top recommendations from the current task force.  The establishment of such an oversight board  will only happen if citizens, with the encouragement of city leaders, make it a priority. Waiting for the city manager and police chief to develop the plan of action is as unrealistic as expecting the verdict in the George Floyd trial will bring about justice. Both City Manger Stewart and Chief Halmy have responsibilities far beyond the scope of the task force. They shouldn’t be expected to make it happen alone.

Giving voice and power to citizens who have demonstrated an interest in this issue is the first step. Setting a realistic and hard deadline, like the state did for municipalities, is the next step.  What’s a motivating deadline? The knowledge that sometime in the future, when there is an issue of police impropriety and the public is engaged in the issue again, there will be no excuses for why a CCRB wasn’t established. The time to act is now.