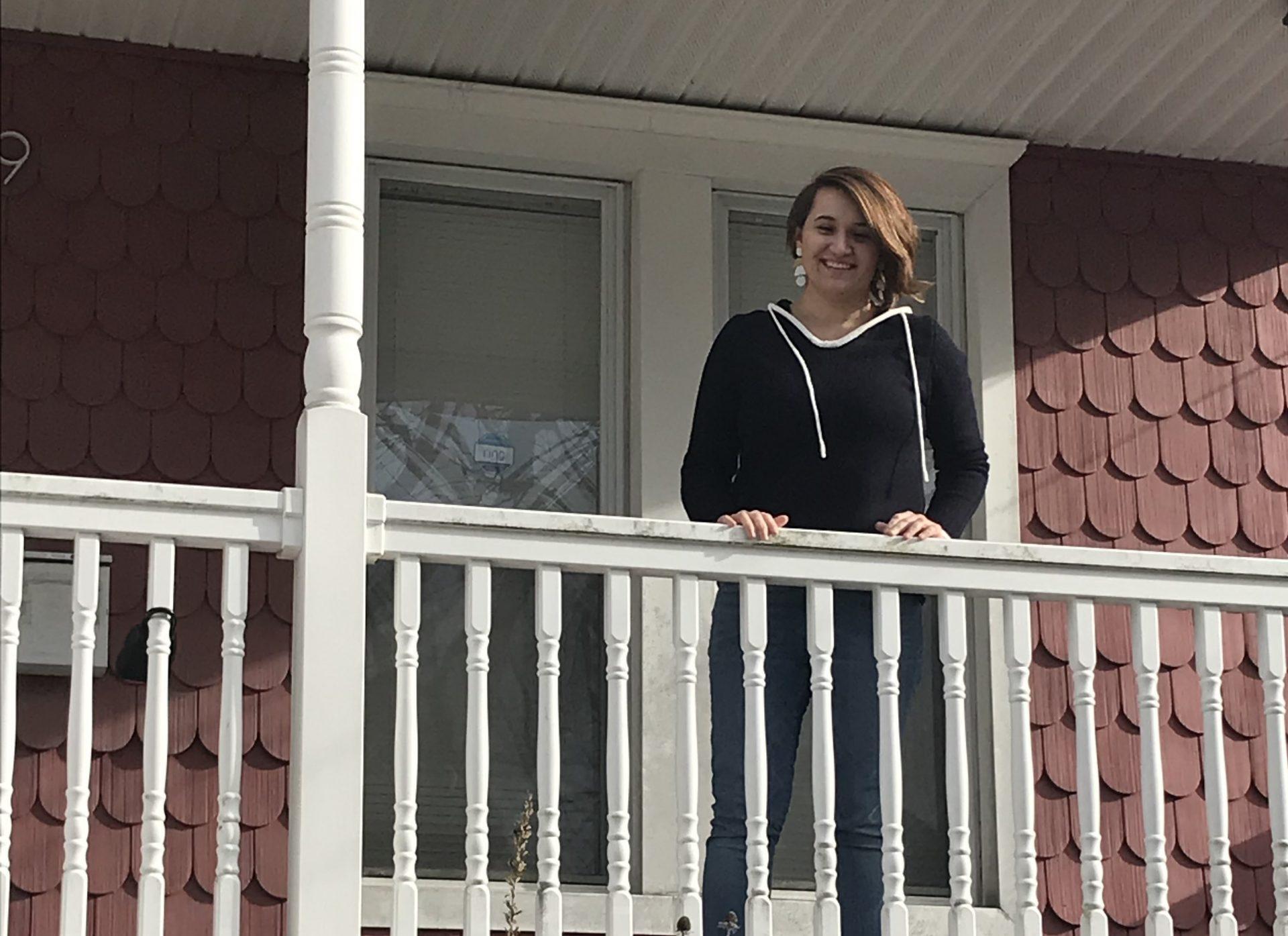 When Kristina Koller left her apartment in upper Manhattan in March because of the pandemic, she knew she wanted to live in Peekskill. After moving in with her parents in Yorktown where she grew up, she started her search for a Peekskill apartment. “I’ve always loved Peekskill, its culture keeps getting better and better and there are little gems here like the Coffee House, Bruised Apple and Kurzhals,” said the 26 year old.

“I felt like it (the artist certification) didn’t help me, as a single person, with getting a place to live in the downtown district because I needed to make a certain amount of money a year.  I definitely feel that artist lofts should be cheaper considering artists don’t make the same income as a normal nine-to-fiver. Every year we make a different amount.”

A steady income was tough to show for the period of 2020 when so much of her performance work was cancelled due to the pandemic. In addition to performing, she is a voice instructor and gives lessons for piano, ukulele and songwriting which was providing her income.

”I had 15 private music students and was gigging regularly right before the pandemic, but once it hit, half of my students stopped and there were no more performances. This next year could be totally different with the amount of money I make,” she said.

By October she was distraught. “I started looking for non-artist apartments to rent.” She scoured Zillow and other sites and saw that she could not afford the rents.  It cost her valuable time  waiting for an artist apartment to become available.  She was frustrated since the only people she knew living in the artist apartments were couples and it didn’t seem accessible for a single person.

It was through searching on Zillow that she located an apartment on a residential street in a two-family house. “There was such demand for it.” She said the landlord had it listed for a day and took the listing down because so many people applied. She moved in the first of December and feels lucky that she’s close to the downtown but is in a house with a porch and a backyard at a price she can afford.

Koller’s story of scrambling to find affordable housing isn’t unusual. In a city where 50 percent of the population lives in rental housing,  the demand for that ‘in between’ housing has never been higher. Landlord Michael Burrows, who owns a two-family house that borders Depew Park, thinks the luxury apartments at Fort Hill and other new developments of market-rate rentals have driven up the prices and he’s serving a market segment where there’s a shortage. An average rent in Peekskill in December of 2020 was $2,260 per month. That’s a 31 percent increase from the rent in 2019 when it was $1,561, according to market data figures from Rainmaker Insights.

The two-bedroom, two-bathroom apartment (with garage parking for one car) Burrows had available for rent in November went for $2,200. Two years earlier it rented for $2,100.  In the five years he’s owned the house he’s not had a day of vacancy.

He typically gets response to available apartments within a day after posting on Facebook or Craigslist. He has had over ten showings per vacancy. And his tenants are highly qualified to afford his price. Typically his tenants need to earn three times in income what he charges for rent. He offers two year leases and sees that the turnover is higher because people who rent from him move to purchase a house. “The couple that left in November bought a house and considered themselves lucky because they were in a three-way bidding war, for their first home purchase,” said Burrows who lives in Montrose.

For city councilman Ramon Fernandez the discussions around affordability at Common Council meetings took on personal relevance as he needed to find a new home for his family of five.  His landlord notified him last spring that the house he was living in was being sold and he needed to be out by the end of July.  This was during March when everything was closed and looking at images of homes online is vastly different from seeing places in person. “It was discouraging,”  especially when a realtor he contacted told him that if he didn’t have an annual salary of $70,000 he shouldn’t be looking for a house to rent. “It was hard for me,” he said. After he mentioned this at a council meeting a resident sent him a letter asking how he and his family of five could survive in Peekskill  on less than $70,000. “It was a very strong comment,” said Fernandez who is a taxi driver. He has two older children and “we all work together as a team,” he said. He eventually found a place and because of an agreement with the landlord to treat the house as his own, taking care of the lawn and minor repairs, he can afford the rent.

He says we need to ask ourselves “what is the size that we want for this city in the future? It’s not just enough to think about property taxes. There are many other things to consider such as services for fire, water, police and sanitation.” Size determines the demand for services and that’s a tough issue for the future.

He’s advocated for a lottery similar to auctions  for people to become homeowners on properties facing foreclosure for back taxes that the city takes over. He also believes the city should adopt an ordinance that says new developments need to have at least ten percent of units priced affordably.