Why this news site needs your support

Contribute to our campaign today

A tectonic shift is occurring across America as newspapers that have been in existence for centuries are closing, leaving communities high and dry without a trusted source for all sorts of information: obituaries, school budgets, athletic and academic accomplishments, as well as the joys and sorrows of people who call the place home.
Advertising and subscriptions no longer fund newspapers. There are various solutions to this situation but they all require a new level of thinking. The new mindset  involves looking at newspapers (print and online) as institutions that benefit the community by their existence – but are also supported by the community through charitable giving.
This shift in thinking is as monumental as the technology was in 1986 that allowed the common person to create a newspaper on a desktop computer, as we did with the creation of the Peekskill Herald.


When the Herald got its start on a Macintosh 512K it was revolutionary in the world of newspapers. Gone were the Linotype typesetting machines and all the staff that were needed to run equipment the size of small rooms. When Peekskill Herald closed in 2000 there was a void in the community. Nineteen years later I realized that if I wanted to cover this city I love, I could do so by writing a blog which is a lot less labor intensive than creating a printed paper.
With the gracious assistance of a professional designer, who happens to be a neighbor, this blog was launched nearly two years ago. I’ve been writing one story a week as a hobby while maintaining a full-time job elsewhere. I’ve funded the maintenance of the website on my own but realize that it needs to grow as Peekskill changes and grows. Through my membership in a professional news organization, LION (Local Independent Online News) I learned about crowdsourcing campaigns as a way to fund newspapers – which is why I’ve created this Kickstarter campaign to fund an expansion of the blog to cover more stories.
CLICK HERE TO FUND LOCAL JOURNALISM
During the past year, I’ve been reading the Twitter posts of Fleekskill and reached out to the name behind the handle. Jim Striebich and his wife Christine moved to one of Peekskill’s elegant Victorian homes five years ago. 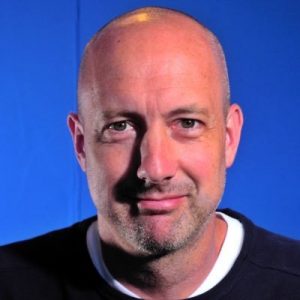 A self-described news junkie, he agreed to partner with me on this idea of an expanded blog that could dig deeper into stories each week for the eight weeks after our campaign is funded.
Newspapers make a difference in communities. One of my favorite Peekskill Herald stories about the difference local journalism can make involves a woman who won a $3 million settlement from the county of Westchester in the wrongful death of her son. He was arrested for shoplifting a pair of jeans from a local Army & Navy store, was sent to the county jail where they failed to recognize the medications he was taking, and prescribed him something that proved lethal.  His mother came into our offices asking us to help her find out how her son died. Editor Kathy Daley began asking questions and discovered that anytime an inmate died while in custody the prison had to file a report with the state. She obtained the report through a Freedom of Information request and learned that the county had been negligent in handling the situation. Daley’s reporting  contributed to the mother getting her answers about how her son died…and winning a wrongful death lawsuit.

Not every story I report on is as dramatic as the one described above. But what I know is that people living in Peekskill are interested and engaged in belonging to this community and are eager to find out about all aspects of life here.
Longtime Peekskill residents and volunteers in various organizations, Bob and Kay Barthelmes remember when Peekskill had two newspapers but now they are left to find out information about new projects and initiatives on their own. “We really need the comprehensive and unbiased information provided by the Peekskill Herald 2.0, researched and written by local reporters.”
The funding of the Kickstarter campaign will allow us to write 8 weeks  of in-depth stories examining important topics about life here. Thank you for whatever support you lend and know that we are deeply grateful even if we can’t see a list of backers until the campaign is complete on January 7th.
By Regina Clarkin