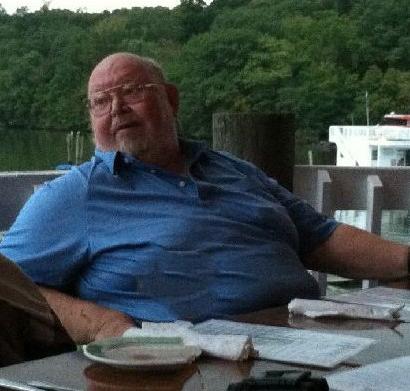 ‘As I was saying’ began Jack Murphy’s debut column in the Peekskill Herald.  The words perfectly captured the dry humor of my first newspaper boss.

“Mr. Murphy,” as I called him when I walked into his office seeking employment at the Peekskill Evening Star in 1976, was a friendly and professional newspaper editor who thanked me for coming but  didn’t have anything readily available for an 18-year-old college freshman on her summer vacation.
A few weeks later on a Friday evening,  as he was purchasing Pampers at the A&P in the Crossroads Shopping Center where I was a cashier, he told me to call him on Monday, as ‘he might have something for me.’  That began a weekend of waiting, like a cat on a hot tin roof as I turned over in my mind what that ‘something’ could possibly mean. I was thrilled to learn on Monday about an opening for an assistant to the family page editor and I could start immediately. It was my first job in the newspaper industry and it set the trajectory of my career.
I was assigned to work with Doris Abele, the seasoned Family Page editor who shared her vast knowledge of Peekskill’s social scene, instilling in me attention to detail.  She treated everyone equally and impressed upon me the value of a person’s story, no matter their social stature or lack thereof.  A few months later I returned to college, more determined than ever to work in the newspaper field. And so began my career at The Peekskill Evening Star. For two subsequent summers I worked there, a second stint on the Family Page and as a beat reporter covering Putnam County during my last summer before my college senior year.
My relationship with “Mr. Murphy” continued beyond college, as I frequently babysat his four children.  One summer evening, after I had graduated from college and was working in New York, he and I had a conversation about my desire to start a weekly newspaper in Peekskill. He was very gracious but told me that I didn’t or couldn’t have enough money in my pocketbook to consider such an ambitious endeavor. His pragmatism didn’t squash my enthusiasm, for I was a zealous reporter who knew there were stories in Peekskill that weren’t being told.


I came to realize much later that he had intimate knowledge of the money subject as he was acutely aware of the financial constraints of newspapering in Peekskill. The Evening Star was losing revenue every year for its out-of-town publishers and he was striving mightily to keep everything afloat.
What he didn’t realize was my plan to start a newspaper didn’t have anything to do with the expensive building-size equipment that took several people to operate. I was intending to produce a newspaper using the new desktop publishing that was revolutionizing the printing world. When the Gannett corporation purchased the Peekskill Evening Star and moved the newsroom to Yorktown, two months later, the weekly Peekskill Herald began publishing. Kathy Daley, Rich Zahradnik and I  were in the right spot at the right time. Thanks to the Apple Macintosh computer and a $7,000 credit card line, we began to fill the newspaper void in Peekskill.
The three of us were all alumni of Mr. Murphy’s newsroom.

A few months after our first issue hit the street, we were at Jeremiah’s, the watering hole at the intersection of Welcher and Washington streets (where NY Firehouse Grill is now).  Jack Murphy, who was now employed by the NY Power Authority as a communications professional,  was sitting at the bar. He congratulated us on the launch of the Herald and I reminded him of the conversation in his backyard many years before.

I asked if he’d like to write a column in the Herald and he accepted. I was thrilled to have his voice back on the local scene, for he was a consummate community leader.
And in true Jack Murphy fashion, his first column began where he left off….. ‘As I was saying’……
I dedicate this blog post to Jack Murphy and thank him for all the journalists he took a chance on. He guided and influenced us and most importantly he inspired us to greatness.

We had the good fortune to tell him in person how grateful we were for his steady countenance when he was honored with the Chester Smith Award given by the Field Library in 2011. He was a true mentor. The journalism world of Peekskill is a bit dimmer because of his passing on February 14 but the evening star beamed brighter that night.
Aboard the retired Coast Guard boat that runs out of Riverfront Green. This was an Evening Star reunion on the boat but we reminded docked due to thunderstorms in September 2012.      Photo by Joe Squillante
Delete Image
Align Left
Align Center
Align Right
Align Left
Align Center
Delete Heading